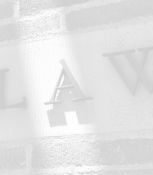 This two-unit course will address contemporary theoretical and practical issues concerning the judicial process. We will focus both on the structural features of the judicial system and on the roles and responsibilities of the various actors within that system. The following topics of inquiry are exemplary: (a) theories and processes of judicial reasoning, including reliance on precedent; (b) justification and craft of judicial opinion-writing; (c) hierarchical and collegial relations among judges, magistrates, clerks, and other actors within the judicial bureaucracy; and (d) institutional responses to the pressures of burgeoning caseloads. Grading shall be based both on an examination or final paper and on class participation. NOTE: This course is open only to students on judicial externships.

This course was previously numbered 450A.

Other Courses Taught by Prof. Mead